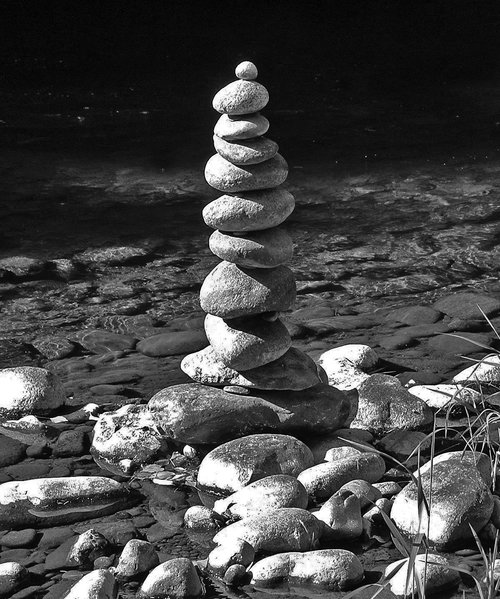 The original board of directors included Robert Tonkin, Mary Zemp, Beth Galea, Bruce Garrison, Marijo Toner, Jane MacKinnon, and Scott Lafavour. A majority of the Foundation’s directors were required to also serve as interlocking members on board of Hospice and Home Care of Juneau.

The Foundation was operated and managed by a volunteer board of directors until November 2001, when an executive director was briefly hired to increase financial development through major gifts, general contributions, public outreach, and marketing. At that time the Foundation’s corpus had been depleted due to increased financial needs by Hospice and Homecare of Juneau and by market losses affecting the Foundation’s investments,

In December 2002 the Foundation re-established itself as a separate 509(a)(1) organization, a non-profit publicly supported charity, so it could operate as a stand-alone foundation and broaden its role in the community. Interlocking board members were no longer required. The name was then changed to Juneau Hospice Foundation. The Foundation’s purpose was modified to include more outreach and education about end of life care and issues, while continued to support hospice and bereavement services. In fact, while transitioning from an organization that solely supported Hospice and Home Care of Juneau to one with broader purposes, the Foundation pledged to only support Hospice and Home Care of Juneau for the next two years, which it did through the 2004 fiscal year.

To more effectively manage and increase its funds, in February 2005 the Foundation became the first non-profit to join the new Juneau Community Foundation. The Juneau Community Foundation is a non-profit public charity dedicated to collectively meet the needs of the people of Juneau and other communities in Southeast Alaska, through donor-designated funds. Its intent is to respond to the changing and growing needs of the communities by building permanent philanthropic capital through individual donations.

On April 11, 2005, the Foundation’s board voted to change the name again, to more accurately reflect its mission, and to avoid some confusion in the community, thus making a more clear distinction between the Foundation and Hospice and Home Care of Juneau, the latter now operated by Catholic Community Services. The mission and commitment remained the same: outreach and education for the community about end of life care, and to provide funds, through grants, to requesters from hospice, bereavement organizations, and other entities involved with the end of life.

From 2005 to 2007 the Foundation continued to rebuild its investment fund and establish itself in the community, and starting in 2008 the Foundation placed a greater emphasis in annual or biennial educational events.

Past Events and Milestones

[Possible brief description of the funds directed & for what purpose during 2020. “Even though we didn’t do an event due to the pandemic, we kept moving forward locally and beyond with funding!”]

On November 2, 2018, the Foundation brought Ursula McVeigh, MD and Diana Seropian, LCSW to Juneau for a public talk on the subject of palliative care, with the intention of helping introduce the topic to those with a family member with a serious illness. Dr. McVeigh is the medical director of palliative care , Providence Alaska Medical Group, Anchorage, Alaska, and Ms. Seropian is a clinical social worker in the same service. Additionally, Dr. McVeigh and Ms. Seropian offered a workshop for medical professionals on the second day of their visit.

On Tuesday, October 3, 2017, nearly two hundred people came to the Centennial Hall in Juneau, Alaska to hear critical care physician Jessica Zitter, MD speak. Dr. Zitter is the author of the book Extreme Measures, which tells the story of her struggles to find meaning and purpose in her work with dying and critically ill patients in the intensive care unit of her hospital,

Dr. Bob Urata and Ginny Palmer completed a small panel to ask Dr. Zitter questions about her book and to ask what she had come to learn in her work. The panel discussed a public health-care crisis in the United States, where people are dying in hospitals on ventilators and other machines without dignity or respect as the very ill reach the end of their life.

The Foundation for End of Life Care received a substantial donation from the Yvonne Roth Charitable Trust.

On April 28, 2016, the Foundation for End of Life Care and AARP hosted a presentation on the topic of Return from Grief. Although grief following a loss is often unavoidable, and indeed it can be crippling, grief is something that it is possible to pass though and return from. This event was intended to give participants an opportunity to think about grief and to receive advice from four Juneau experts, each with a different perspective on grief. Ginny Palmer channeled her personal experience with death and grief into the production of a book, When you’re not here…, which serves as a guide for families as they plan for, and respond to, death of a member. Jamie McLean is a psychotherapist in private practice formerly worked for Hospice and Homecare of Juneau. Joni Pico is a social worker at Hospice and Homecare of Juneau. Dan Wiese is a pastor and chaplain for Hospice and homecare of Juneau. The discussion was moderated by Dr. Bob Urata, the medical director of Hospice and Homecare of Juneau.

The Foundation for End of Life Care, the Juneau Medical Society, and Hospice and Homecare of Juneau offered free screenings and discussions of the PBS program Being Mortal at the Gold Town Nickelodeon on September 13 and 14 and then again on September 17 and 18. The show followed a surgeon, Dr. Atul Gawande, as he shared stories from the people and families he encounterd. When Dr. Gawande’s own father got cancer, his search for answers about how to best care for the dying became a personal quest. After the show, attendees were asked to take part in a conversation about the caring for the dying, the relationships between patients and their doctors, and the role of the family at the end of life.

The Foundation for End of Life Care presented “Everything You Wanted to Know about Palliative Care, But Were Afraid to Ask!” on Monday, June 8, 2015 on 360 North Television.The show featured a lively presentation by Alaska palliative care specialist Linda Smith M.D. and palliative care social work and counselor Diana Seropian LCSW. This well-received presentation is available on YouTube.

In 2015 the Foundation for End of Life Care received a $10,000 donation from the Stephen and Mary Birch Foundation. The majority of the money was used for advanced training of hospice nurses, while the remainder was used for public education about the issues related to the foundation’s mission.

AARP Juneau Community Council and the Foundation for End of Life Care offered another free workshop on advanced planning October 30, 2014, at Centennial Hall in Juneau. The legal aspects of advanced directives were discussed by attorneys Vance Sanders and Chris Walker. Former director of Social Services at Wildflower Court, Julie DeLong, outlined what resources are currently available in our community. And Nancy Davis, a nurse and former program director of Hospice and Homecare of Juneau, discussed hospice care. The presentations were followed by a panel discussion. Before and after the forum the public was invited to learn more about related community resources from partner organizations including the Alaskan Commission on Aging, Juneau Pioneer Home, Southeast Alaska Independent Living (SAIL), Widowed Persons Group, Foundation for End of Life Care, AARP and Wildflower Court.

On February 24, 2013, the Foundation for End of Life Care co-sponsored a performance by Juneau-based storyteller Tom Cosgrove at Northern at Light United Church in downtown Juneau. Through these stories Tom explored death, grief, caregiving, drawing on his personal experience with his own family.

Additionally, the name of the Foundation changed to Foundation for End of Life Care, Inc. in 2013.

The AARP Juneau Community Council and the Foundation for End of Life Care offered a free presentation on advanced directives on October 15, 2013 at Centennial Hall in Juneau. Advanced directives are written instructions that specify medical treatment and actions that should be taken in the event a person can no longer make decisions for himself or herself due to illness or incapacity. Advanced directives are sometimes known as living wills or sometimes by other names. This event included three presentations, including ones on the legal aspects of advanced directives by attorneys Vance Sanders and Beth Chapman. Nancy Davis, the former Program Director of Hospice and Homecare of Juneau, discussed how hospice care fits in. The presentations were followed by a panel discussion, which included the three speakers as well as community leader Dr. Bob Urata, the Medical Director of hospice in Juneau.

In 2012, The Foundation for End of Life Care brought clinical psychologist Dr. Lani Leary back to Juneau for another public lecture and workshop on September 21 and 22. The experience of an unexpected death or the experience of caring for a loved on through an incurable illness can be isolating and emotionally overwhelming. In the age of specialists and medical procedures, people who have reached the end of their lives are trapped in increasing fear of death, and many times trapped by the painful use of technology. Dr. Leary’s talk was intended to help find ways to bring peace and comfort to a dying family member or friend and to help find meaning and purpose in the time remaining.

In 2010 the Foundation for End of Life Care, in partnership with the Douglas-Dornan Foundation, the Juneau Medical Society, the Youth Action Committee (YAC), and the Westmark Baranof Hotel, invited Prof. Ken Doka, a clinical psychologist and noted expert on grief, to give a public lecture in Juneau on October 1 followed by a workshop for professionals the following day. Prof. Doka has specific expertise in grief in children and adolescents, and his visit was motivated by the death of several children and adolescents in Juneau. Prof. Doka is on the faculty of the Graduate Gerontology Program at The College of New Rochelle, New Rochelle, New York. He is the author of many books and articles on the topic of death, grief, and spirituality.

In 2008, the Foundation for End of Life Care and the Juneau Medical Society invited clinical psychologist Dr. Lani Leary to speak on Ten Things I Wish I Knew Before She Died. Her 2008 talk was given on April 25 at Centennial Hall, in Juneau. She also conducted a workshop on the following day. Dr. Leary is a specialist in end-of-life care and bereavement with many years of experience in private practice. This was a heart warming and entertaining presentation full of practical advice about preparing for the end of our lives. Dr. Leary has served as the director of mental health services at the Whitman Walker AIDS clinic, as a professor of death studies at George Mason University, and as a researcher at the National Cancer Institute of National Institute of Health.

Also in 2008, the Foundation for End of Life Care released its book, When you’re not here…, a guide for families to plan for the end of life. The book was inspired by the personal journey of the board’s president, Ginny Palmer, following the death of her husband. The book contains chapters on why end-of-life planning is important; technical concepts and terms; burial, cremation, and obituaries; what to do after a death in the family (from the first hour to the first two weeks); and an essay on grief.

2006 A very successful outreach was held in 2006. As part of that effort the Foundation for End of Life Care brought attorney and author William Colby to Southeast Alaska for two free public lectures. Mr. Colby spoke in Ketchikan at the SE Alaska Discovery Center on Thursday October 19, 2006 and in Juneau on Friday October 20, 2006 at the UAS Egan Library. The title of his talk was From Cruzan to Schiavo: What have we learned? Mr. Colby is the author of two books related to planning for the end of life: Unplugged; Reclaiming our right to die in America (2006) and Long Goodbye: the deaths of Nancy Cruzan (2002).